A woman from Scotland has beaten all the odds to win a staggering £2.5m (€3.2m or $3.6m) slot jackpot, just three months after she pocketed £30,000 from the same bookmaker. William Hill confirmed that the single mothers win was the biggest they have ever paid out.

The win occurred on the The Festival Of Lights Vegas slot game, where the progressive jackpot had been growing for over 18 months. The woman, who is in her early 40s and is from Northern Scotland, won this jackpot on Valantines day, making it an even sweeter win.

She has already booked a trip to Disneyworld for herself and her seven-year-old son, but other than that has made no plans to spend her winnings.

She said: “I was washing the dishes this morning and thought to myself – ‘no matter how much money you have, you still have to wash the dishes.”

“It is all still so surreal. You obviously play these games, hoping to win a couple of quid, not a couple of million. I’m still stunned.”

A spokesperson from William Hill said: “This, by our reckoning is the biggest sum that a William Hill customer has ever won. It is an incredible, life changing sum of money.”

A screenshot of The festival of lights slot: 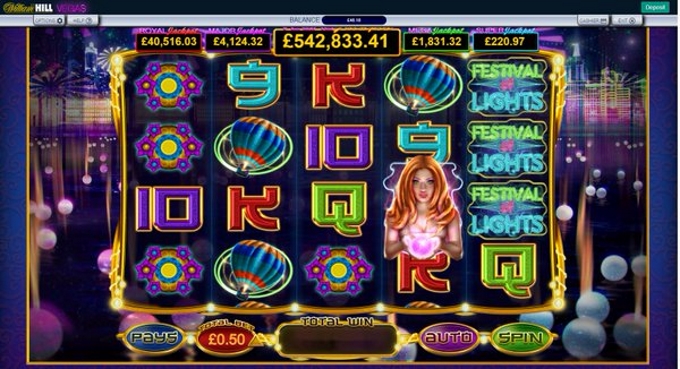