What is potentially ahead in 2016 for the online slots industry?

We like gazing into our crystal balls here at Gamingslots (when we’re not gazing in awe at the latest top-notch 3D video slots to come flowing into our reviews bag) and so we thought we’d take a look ahead at the next 12 months to see what will happen in the world of online slots.

1. Bitcoin slots to become mainstream
Bitcoin has been a buzzword for a longtime now (that and “twerking”). The digital currency – free from fees and restrictions common to existing, traditional currencies – entered the mainstream when it emerged that the guy operating the Silk Road website was trading in Bitcoin. He was later jailed for allowing illegal drugs to be sold on his website, but Bitcoin marched on thanks to the hightened publicity.

Despite the currency’s potential for money-laundering and abuse, Bitcoin is going nowhere, and even traded as high as $1,100 during 2013, settling down since. It’s in online gambling, however – a world that values anonymity – where Bitcoin could really flourish. BetCoin released a mobile slot that exclusively works with BitCoin (known as BetCoin Reels). As long as Bitcoin doesn’t fall foul of the banks or the regulators, we could well see an explosion of Bitcoin casinos in 2016.

2. More States to go legal
2013 was the year the USA joined the rest of the gambling world in the green pastures of the 21st Century and legalized online gambling. Well, three states did, to be exact, New Jersey, Nevada and Delaware. Since the dark days of UIGEA – when payment processing to Internet gambling sites was banned – Americans have been waiting for the chance to enjoy online gambling.

That dream became a reality of sorts when first Nevada (offering an online poker-only solution), then Delaware and New Jersey introduced intra-state online gambling. For now, gaming on the web is restricted within state borders, but with budget deficits still at eye-watering levels in many US states, the ‘Three Amigos’ have led the way for other states to follow suit.

At time of writing, Calfornia, Pennsylvania and possibly Texas are eyeing up legal, regulated online gambling. If an online gambling bill on a federal level may be a pipe dream for the foreseeable future, expect many more states to fall.

3. More US progressive jackpot winners
How many times do you see stories about a deep sea fisherman from deepest Norway (they’re ALWAYS fishermen) bagging himself a progressive jackpot worth millions of Euros on Mega Moolah? In 2015 alone, progressive jackpots worth more than Greece’s national debt (or thereabouts) was paid out to European online slots players. Well, in 2016 that balance could shift a little now that America is slowly getting back to something resembling the modern age with its new online gambling regulation. Now that NetEnt are live in New Jersey, we could see the next Mega Fortune win coming from this part of the world.

4. The end of Marvel slots?
When Disney bought Marvel Studios in 2009 (and later, Lucasfilm – maker of the Star Wars epics – in 2012) observers joked that we’d see lots of cute Disney-fied versions of Iron Man and X-Men appearing on the big screen, and a whole lot more Ewoks in any future Star Wars films.

Well, the jokes for slots fans sadly came true in 2013 when Disney announced that they were beginning to phase out Star Wars and Marvel-themed slot machines. So far that hasn’t happened, but we have a feeling 2016 could be the year they wipe them all out.

Gambling and Disney’s squeaky-clean family image don’t make for a great marriage, it seems, and so it’s probably time to start getting in those bonus rounds on Iron Man 2 – in a year or two you may not have the chance. Now that Disney are also tied into Daily Fantasy Sports it is probably time they did some reputation clean up before someone makes a fuss about it. 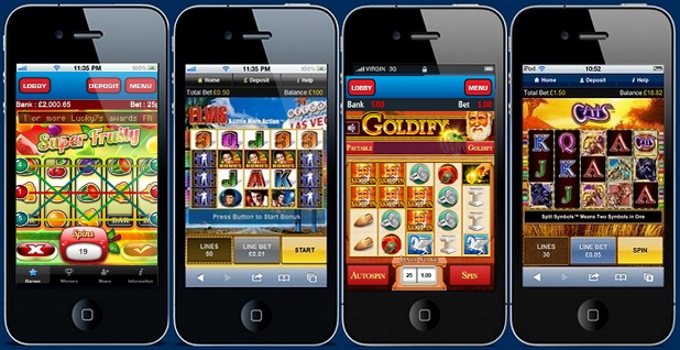 5. Mobile slots to overtake online slots in popularity
According to a report by Jupiter Research, the number of gamblers using their smartphones and tablets to gamble on is set to rise by about 100 million.

The strongest growth will come from North America, unsurprisingly, with markets beginning to open up in places like New Jersey and Delaware. The convenience factor of using a mobile, together with the improvements in software and smartphone processing power, means that tablet gamblers are going to increase exponentially. After all, what’s more fun – having a few slots plays in front of your PC monitor in the office or on the tablet on the bus home from work? Thought so.