Pragmatic Play, a leading developer of slots and casino games, invite players to discover the rewards locked in the safe of the newly released Reel Banks.

Played across a reel layout of 5 by 4, Reel Banks takes players into the depths of a bank with symbols on the reels depicting money, gold bullion and lucky sevens. To release rewards, players need to form winning combinations across the games’ 25 paylines.

Players can trigger wins with the Wilds that substitute for all other symbols in game, except for bonus scatters. Collect symbols can be gathered to release instant cash prizes on the reels. In addition, free spins are awarded when one or more bonus coins is present on each reel during the base game.

During the feature, the collect mechanic is taken out and replaced with new in-game modifiers that can push up wins, award extra spins, multiply wins, and collect all bank values, providing players with more winning potential. You can play Reel Banks for free and find out more about this game. 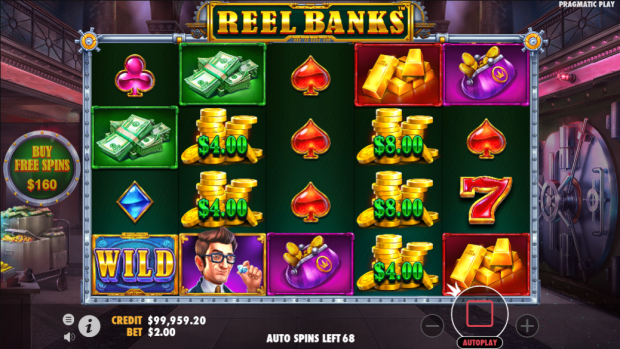 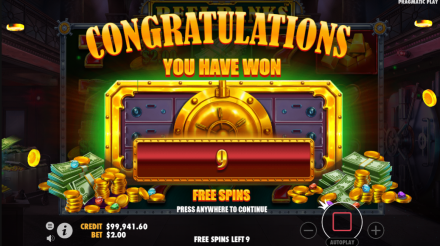 9 Free Spins are awarded in the bonus spins feature 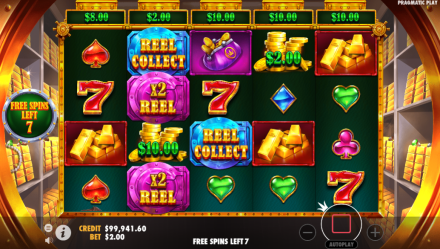 Wins are tallied at the top of each reel, accumulating through the feature 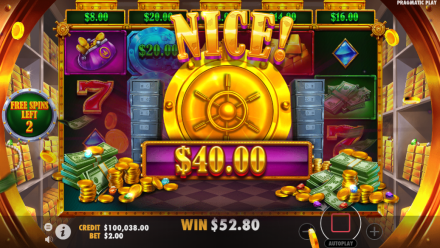