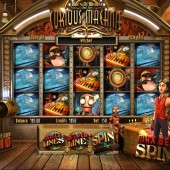 Miles Bellhouse and His Curious Machine is one of the more inventive slot releases by innovative online slots developer Betsoft Gaming and is one that is sure to be a firm favourite with fans of other Betsoft Gaming Slots3™ titles such as the gangster-themed Slotfather and the frantic Mamma Mia.

This slot release is a 5-reel, 30-payline 3D game that does feel like an updated telling of the musical Chitty Chitty Bang Bang. You will be introduced to Miles Bellhouse and become involved in his time traveling adventures to try and win prizes as you attempt to protect Miles’s robot sidekick Gizmo from General Taylor.

There is so much going on in this game that it is hard to know where to start.

Firstly, the game has a lot of bonus features including the Escape the General’s Prying Eyes and Travel Through Time feature. Yes, it is a mouthful, but you won’t care when you are fully involved in this second screen adventure to try and win more coins. The round is triggered when you hit three or more Control Panel scatter symbols across the reels.

Look Out for the Wild Vortex

The Wild Vortex symbol provides plenty of opportunity for you to win big. It substitutes for all other symbols except for the scatter symbols during regular game play to complete winning combinations.

However, this symbol has a secret power to offer you. If it appears and there is no win triggered then it will spin erratically across the reels and spin any symbols it touches into a new layout of symbols to give you more chances to win.

You can also enjoy a trip back to the time when dinosaurs ruled with the Land of the Dinosaur feature. This is triggered if you hit three or more Dinosaur scatter symbols across the reels. You will then be transported back to the age when T-Rex ruled – the dinosaur, not the band – and have a chance to earn bonus prizes with a multiplier value up to 5x.

Finally, there is the Reel Rewind Second Chance feature. The bonus is randomly triggered if no wins occur on a spin. After triggering the bonus one of the reels will randomly rewind giving you another chance to win.

This slot is another superb release by Betsoft Gaming and although there are many special features it is hard to moan about a game that gives you so many opportunities to win. 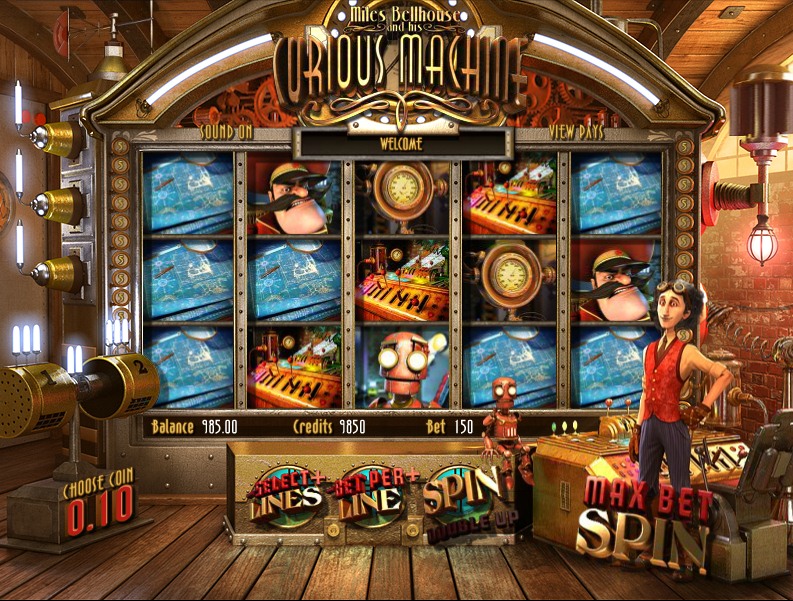