Online gaming software developer Play’n Go have started the new year with a bang, announcing a brand new slot release due out later this month. The new title Book of Dead, will feature a familiar character from their adventure series of slots – Rich Wilde from Aztec Idols fame.

This 10 line slot takes you through the mythical underworld of Ancient Egypt, where Anubis and Osiris exist. Your guide is Rich, who aims to uncover secret treasures and hidden fortunes. The legendary Book of Dead symbol acts as both the Wild and the Scatter in this game, unlocking even more winning combinations.

Book of Dead comes with a free spins bonus feature, which can be retriggered multiple times for potentially huge wins. The maximum win on this new slot title is 250,000 coins, making it a very enticing slot to play.

Play’n Go have set a release date for the 14th January, making it the first big release from them in 2016. You can expect Gamingslots to be ready to put it through its paces when it get official release.

Sceenshot of Book of Dead 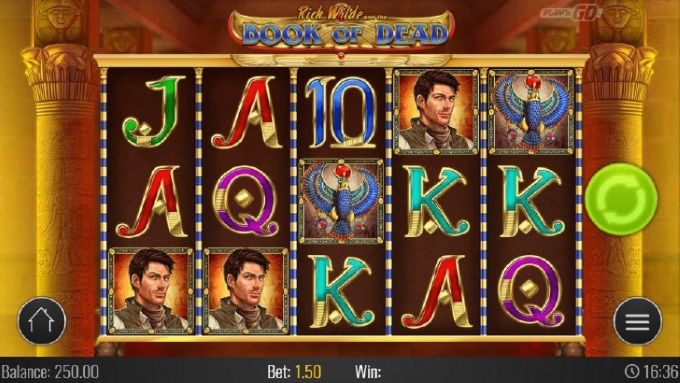