The Viz jackpot is rarely won, with only 2 other recorded wins in recent times. This most recent wins is the largest recorded on the slot in the past two years. It was however won 7 weeks ago where a player picked up £338,030. Since being won on Tuesday there has been a big surge in play on Viz and the jackpot has grown to £410,872.

The Viz jackpot is shown in the top right hand corner of the game. It is called ‘Sid’s Sexpot’ after one of the characters from the adult comic. To win the jackpot you need to land the sid symbol on each of the 5 reels.

Screenshot of the Viz slot 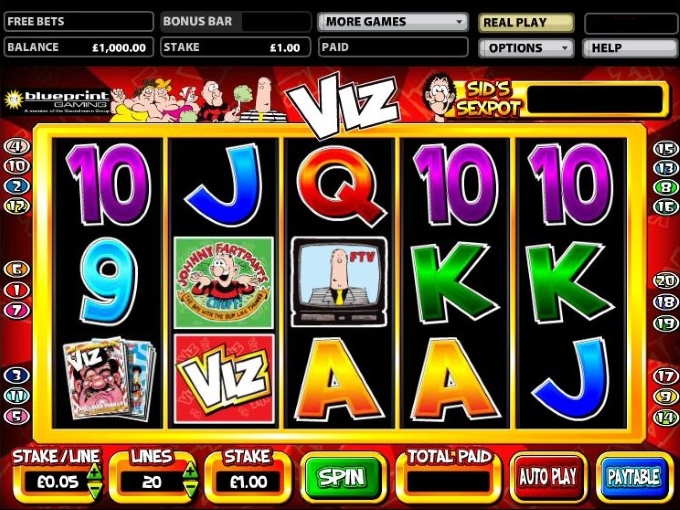