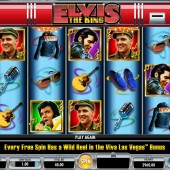 The King has returned once again in the next in the series of Elvis-themed slots from slot game developer IGT. Elvis The King is a multi-line video slot with three bonus rounds and several added features in all parts of the game. Anyone that has played any of the Elvis slots will know that they are rarely a one feature game, but this one is definitely packed with plenty of entertainment.

Pick Your Record to Win a Prize

Elvis The King comprises of three bonus rounds, which are all triggered in the same way. When you land 3 bonus symbols on reels 2, 3, and 4 you will go through to a new scene with several gold records on. You then pick one to reveal which bonus you will be awarded. There are two free spins bonuses and one pick 'em bonus, all of which are very similar in terms of reward.

The free spins bonuses reward 8 free spins, with either tumbling reels as the feature or a roaming wild reel. The tumbling reels is something some readers will have come across in Net Ent's Gonzo's Quest, where blocks on winning lines explode and new ones fall into place. The roaming wild in the Jukebox bonus floats around between spins and then lands on a particular reel, potentially creating extra winning lines.

Choose a Prize or a Broken Heart at the Heartbreak Hotel

The pick 'em bonus is played out in the elevator of heartbreak hotel. As you rise up through the floors of the hotel you pick doors which reveal prizes or broken hearts. The higher you climb the harder it gets, but you can build up some very nice wins.

Look Out for the Wild Reels!

As an added extra there is a feature called Burning Love Mystery Wild reels, which adds between 1-3 Wild reels as random. This can occur at any time in the normal game and I found that it comes up most frequently of all the bonus features in this game.

If you enjoy Elvis slots then you should really enjoy Elvis The King. It has everything an  Elvis fan should love, such as music, entertainment and variety. Whether it is a slot that you will come back to time and time again is another thing. I don't think it has quite the same draw as slots like the adorable Kitty Glitter or the cult cartoon Transformers - Battle for Cybertron slot, but it is definitely an asset to the highly regarded range of Elvis-themed slots already online that includes the mildly entertaining Elvis - A Little More Action slot and the slightly more thrilling Elvis Multi-Strike slot. 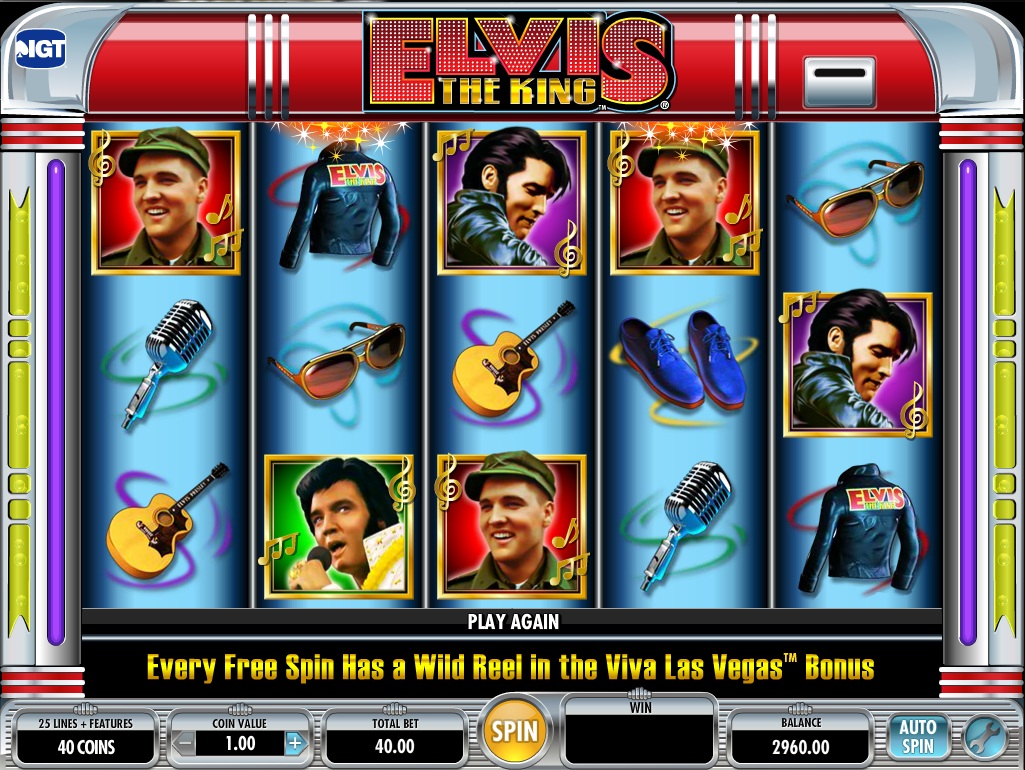