It’s bitterly cold, its February and I am in London, it must be time for my annual trek over to ExCeL to see what the gaming world had on offer at the International Casino Expo 2015. This past year has seen a number of huge changes in the industry, with major casino and slot game brands such as IGT and Bally being swallowed up by large international businesses. There has also been changes in regulations both in the US and Europe, altering the landscape of casino gaming. ExCeL’s vast spaces were filled with a variety of old and new businesses fighting for customers in this ever evolving landscape.

Social scene
The buzz word at ICE this year seemed to be ‘social’, with lots of new entrants offering a variety of products that opened in App’s or on sites like Facebook. Big Vegas powerhouses and new startups alike were battling it out in this lucrative new space where player volumes are insane and regulation is much less stringent. The slots industry is particularly buoyant in the social scene with the rise of MGM’s MyVegas product on everyone’s lips, giving new entrants something to strive towards. 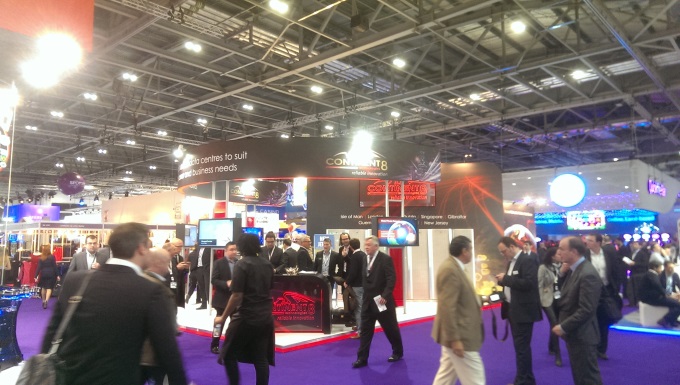 New slots
During two days of meetings and walking around at this gigantic event I managed to find out about some top new releases coming up in the next few months. We already reported on Net Ent’s mega signing of Guns and Roses slot franchise, apparently only completed weeks ago. There were no details of when that will be out, but I figure it is going to be at least 2 – 3 months. Betsoft Gaming announced the imminent arrival of Pinocchio and IGT were parading their latest title Prowling Panther, available in casinos, online and on mobile simultaneously. Possibly the standout release was from a slightly smaller developer from Sweden – Playn’ Go. They are close to launching Pimped (for those who enjoy the Thug Life no doubt) and more interestingly Tower Quest. The latter is based on the classic role play games where wizards, orc’s and potions all have their place in this interesting new title.

There wasn’t as much coming out of the two biggest online slots manufacturers Microgaming and Playtech this year. Microgaming did announce a new Bridesmaids slot, based on the Universal Pictures movie. Not exactly a show stopper and possibly aimed at a particular demographic, which isn’t me unfortunately.

However, they didn’t fall short in the entertainment department with a giant cruise liner parked outside the expo sponsored by Microgaming and there was talk of the legendary Playtech party which I have yet to attend. Maybe both firms were banking on acquiring new innovative businesses to bolster their own operations. 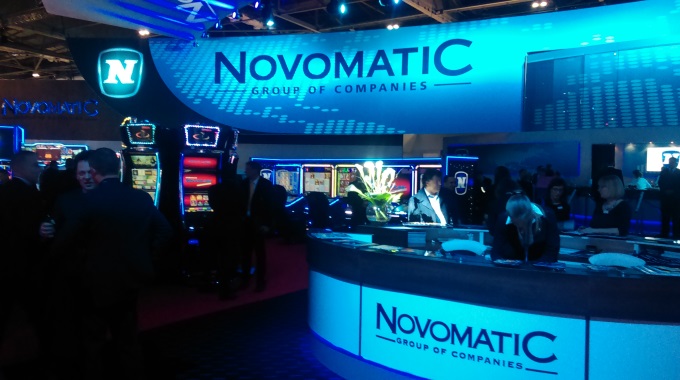 Novomatic had arguably the largest section of the Expo

Trend spotting
It’s fairly obvious that the big trend in the slots industry is the brand slot. This is not a new trend, but it has seemingly been adopted by all the major players now. Even Aristocrat has joined the ranks with no less than six branded releases on display including an awesome looking Game of Thrones slot machine. My worry with this trend is that the focus will be less on the math and more on the graphics, imagery and in game entertainment. Time will tell…

New innovation
The stand out product for me at ICE this year was the ‘virtual reality’ casino experience, which has come a long way thanks to developments in technology. A test for myself at the NSoft stand proved to me that we are not far away from much wider adoption of this form of gaming. 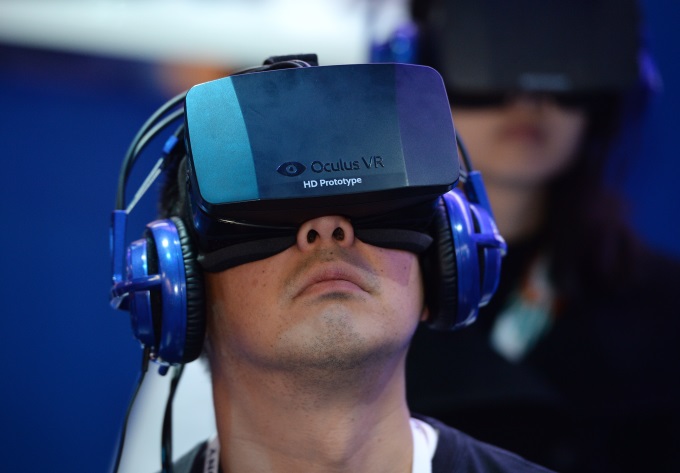 Virtual reality was the buzz at ICE 2015