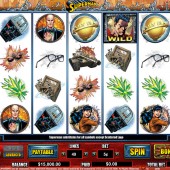 Is it a bird? Is it a plane? No, it's a bloke with his pants over his trousers! With Superman enjoying a reboot in the cinemas in 2013, here's a chance to have a look again at slot developer Cryptologic's foray into superhero-related shenanigans on the slots: Superman.

A 5-reel, 50-payline online slot, this will strike as much fear into casual gamers as it will the bad guys who Superman dishes justice out to in the game. And if 50 pay-lines scares you, wait till you see the maximum you can bet on: a whopping 60 pay-lines via the use of the in-game Bonus Bet button. This ensures that this slot offers a bit more than a lot of other Cryptologic titles.

The style of Superman is very much based on the old-school comics of the 1940s onwards: lots of well-rendered cartoon-style graphics, rather than any of the new films, and they include Superman himself, his squeeze, Lois Lane, the Daily Planet, his arch-nemesis, Lex Luthor, Kryptonite, plus Clark Kent's famous specs.

Get a 5x Multiplier with the Superman Wild

In the game, Superman is the Wild (of course), and he whooshes off in animated style whenever he hits the reels. Superman substitutes for all symbols other than the Scatter.

10 free spins are awarded when you hit three Wilds, all carrying a 5x multiplier. What's more, Superman will appear at random and expand to make an entire reel Wild. The free spins can't be re-triggered.

Save the World to Win the Bonus

The Superman logo acts as the game's Scatter, meanwhile, and hitting three or more of those across the reels while playing the Bonus Bet will trigger the 'Save the World' feature with two special rounds (remember, you can only get to this bonus game while hitting Scatters and playing the Bonus Bet simultaneously).

First, you have to navigate your way through a meteor shower back to Earth. Blow up the meteors and help Superman on his way.

Once on Earth our pants-wearing superhero has to pick one of three lead-lined doors. Choose carefully, as one contains deadly Kryptonite, but two hide Lex Luthor and hostages respectively. Choose either of those and you'll win a bonus prize.

If Playtech's high-end, big-name Marvel tie-in slots like Incredible Hulk and the popular Iron Man 2 were your first forays into comic book-themed games, this effort from Cryptologic is a nice companion piece to those.

It's pretty hardcore in terms of betting, and you have to remember the Bonus Bet button when gunning for the extra games, but the rewards could be potentially huge. 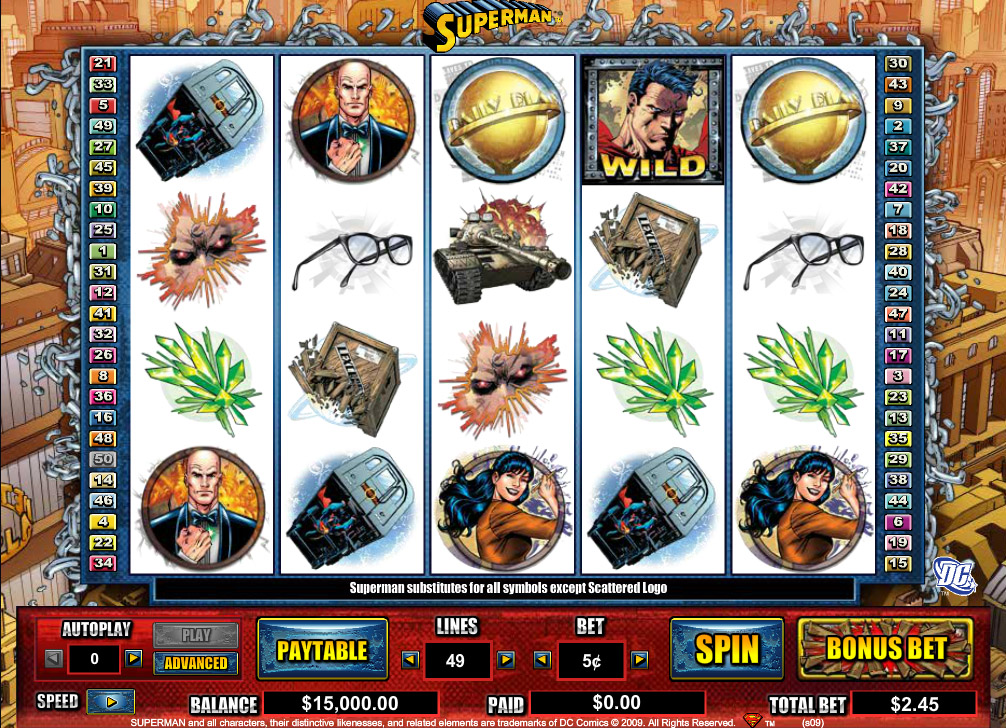