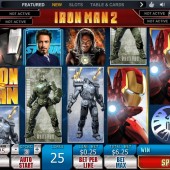 Following the success of the Marvel slot, Iron Man, Playtech have released a follow-up - also based on a big-budget Hollywood release - with Iron Man 2.

This 25-payline online video slot has several of the characters from the motion picture including Tony Stark and the buffed and bronzed baddie, Whiplash.

There's no doubt that Playtech have upped the stakes with the graphics here. Photorealistic images taken straight from the film, the reels (five of them) are packed with images of Tony Stark, his nemesis, the game logo, but the difference is the multitude of expanded symbols.

These look a little unusual, with parts of images hanging off the bottom of the reels, and it certainly takes getting used to.

The bonus round in Iron Man 2 is triggered by getting three or more Scatter symbols anywhere on the reels. You will trigger 10 free spins to start with, but there's a multiplier that increases every two spins. That means that by the final spins you're up to a potential multiplier of 6x.

In addition, there's a frozen Wild which stays put on the central reel to bolster your wins.

The Iron Man 2 slot is definitely something different from Playtech and I think it will catch on. Marvel comic book fans will definitely lap it up, at least.

However, if you prefer your symbols and your bonus rounds in a more traditional style then you might opt for an RTG slot like Cleopatra's Gold. 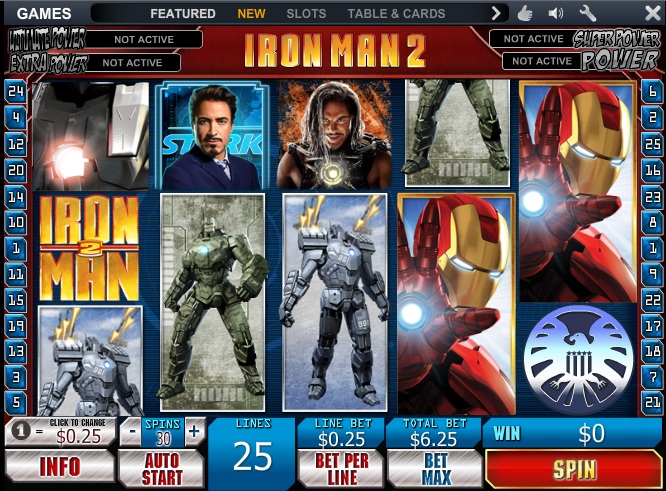