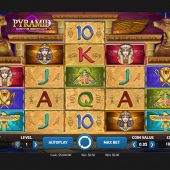 Pyramid Quest for Immortality slot is a 5 reel, 720 ways to win title from gaming developer NetEnt. The same developer that gave us Blood Suckers 2, Golden Grimoire and The Phantom of The Opera slot. The reels of this Egyptian-themed game are designed in a pyramid shape, which sees the lowest three rows having five symbols across, whilst the fourth row offers three symbols, and the fifth row presents a single symbol. By tapping the spin button you will release new symbols, which topple from above into place.

As and when you create winning combinations, those symbols explode and new symbols fall down into the spaces left behind. This cascading reel base game feature has similarities to those found in games like Thunderkick's Esqueleto Explosivo or NetEnt's Gonzo's Quest. Winning combinations can grow quickly in this type of game, especially if cascading symbols make new winning combinations. Add in the  multiplier meter, which builds with each win, and you could be looking at boosting your bankroll nicely.

As well as the cascading feature, Pyramid Quest for Immortality includes Sticky Wilds, for extra winning possibilities. There is a lack of a noticalbe bonus feature in this game, but it does boast a fairly impressive theoretical RTP percentage of 96.5%, which keeps the game interesting.

Pyramid Quest for Immortality slot takes its theme from Ancient Egypt, which is ridiculously common for online slots, other examples include RTG's Cleopatras Gold, Mistress of Egypt and Pharaoh's Ring. Fortunately, Pyramid Quest for Immortality is one of the better games on this type, offering a nice mix of winning opportunities and a pleasant gaming experience. The lack of a free spins bonus seems disappointing at first, but you soon understand why it hasn't been included when you start hitting some cascading reels. 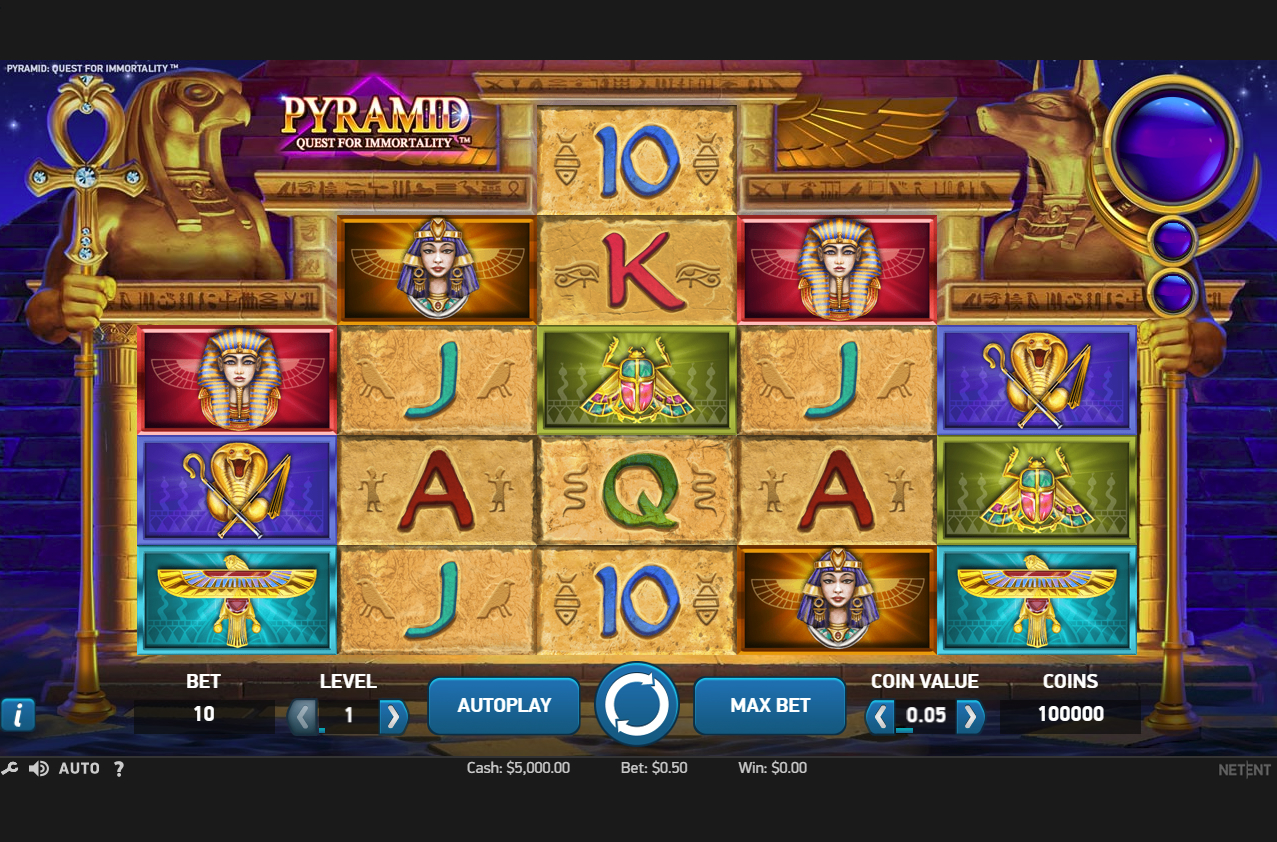