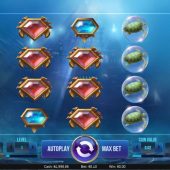 Netent are never idle when it comes to new releases and we tend to be given one every 4-6 weeks in recent times. I would have to admit as an avid slotaholic that of all developers Netent tend to try different ideas most of the time and their games have an air of originality. Secrets of Atlantis however is quite a basic slot and a mash-up of features from other games.

An ocean of stacked symbols

We have a 4-row 5-reel set up here with stacked symbols and 40 paylines. The highest value is the oyster which pays 10x stake for 5-of-a-kind (5OAK) and the jellyfish is the lowest which will sting you for a mere 0.375 x stake for 50AK. Before this information has you sinking to the seabed, the game pays R-L as well as L-R and as a result of the 40 paylines and stacked symbols these will nearly always appear in multiples!

There is a of course a Wild, in this case a mermaid which can fill the whole reel in all 4 positions. There is no multiplier but should any part of it be visible, it will 'nudge' down or up to fill the whole reel. It has to be said, what is the difference between a nudging Wild or expanding Wild in this case? Absolutely none.

No free spins, a rare thing for a NetEnt slot

There are no free games or bonus rounds and the only enhancement is an in-play feature. Each spin any 1,2 or 3 of the centre reels will be illuminated and this does precisely nothing unless all 3 are illuminated. When this occurs you get the 'colossal block' respin which aligns those 3 reels the same. It's exactly the same as having the centre 3 reels joined up on Netent's 'Twin Spin' - you aren't guaranteed a win so think of that game and Spinata Grande's block symbols and you pretty much have a synopsis of how this game is constructed.

Should you be lucky and find the Wild appearing in this block it will expand (sorry 'nudge') to fill the whole 3 reels. If the block in turn also lands illuminated you are awarded a respin irrespective of whether a win occurred first time it landed. The variance is low-medium and SOA plays very similar to Starburst in that you get a succession of dead spins followed by a burst of action when the Wilds or blocks appear. The return to player is quite high at 97.1%.

In summation, should you like big-win potential and free games Secrets of Atlantis will incur a distinct sinking feeling. When compared to recent feature-packed releases of their themed games such as Guns N Roses and Jimi Hendrix this game has all the signs of a stop-gap until better things arrive. Like Atlantis, you may feel it best remains undiscovered.... 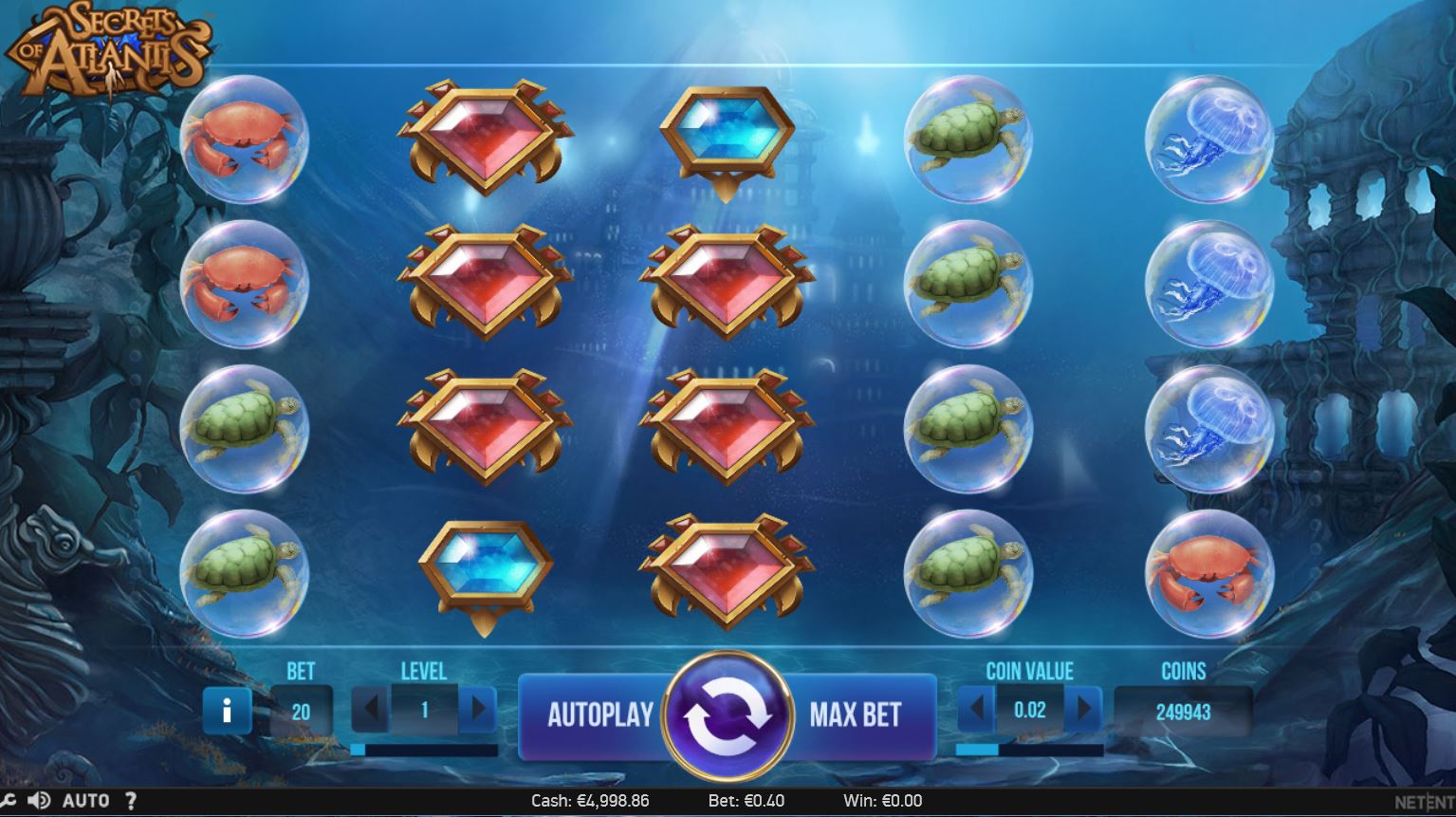