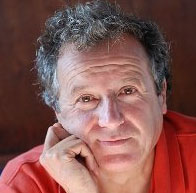 The veteran of the Gamingslots team, Brian has been playing slots for over 25 years. He put his first dollar into a slot machine back in 1988 on a vacation to Las Vegas.

He remembers it well, betting 10c a spin on one of the old-fashioned one arm bandit games. That day he won a jackpot of $25 and has been playing ever since. He witnessed the entry to the market of modern day slots, commonly known as video slots. On a regular basis he will tell anyone that listens how it was just WMS, IGT and Aristocrat to being with and then all these other slots started turning up.

When he is not playing slots, Brian likes to go fishing at his local lake and enjoying a few cold ones whilst waiting for a bite.

Dolly Parton to release own brand of slot machines

Dolly Parton to release own brand of slot machines was last modified: May 22nd, 2013 by Brian Wilkinson

Legendary country and western singer Dolly Parton has announced that she is set to release her own line of slot machines. The “9 To 5” …Read more

Online casino software developer NetEnt announced that it has released a range of new titles for the Android platform. The games have already experienced release …Read more