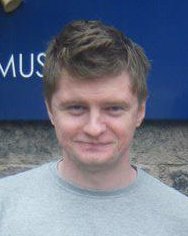 Steve has been a valuable member of the Gamingslots team from the very early days. If he is not playing slots then he is reading up on all the goings on in the slots industry.

His other passions in life include the Cardiff Bluebirds, being social organiser for his local football team and spending time with young son - who he hopes will play for his favourite team when he is older.

Although Steve is fairly new to slots, albeit a few years experience playing them, he has found his own writing and researching the different games. Unlike most slot players who are brought up on IGT and Aristocrat, Steve tends to enjoy some of the more niche slots developers like Yggdrasil and Viaden.

Top 10 slots sequels we want to see made

There is a certain mumbling of discontent in the slots industry right now. Fans of the slots being released at casinos around the world …Read more

Online gaming firm 888 Holdings has announced that it has agreed to purchase rival company Bwin.party Digital Entertainment for a fee believed to be …Read more

On 12th June, 2015, one of the most hotly anticipated movies of recent memory gets its world premiere. That movie is, of course, Jurassic …Read more

Skill-based slot machines set to launch in Nevada was last modified: May 29th, 2015 by Steve Day

Slot machines that require an element of skill and possess an arcade-style format are set to be launched at casinos in Nevada, it was …Read more