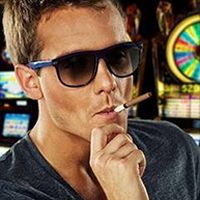 One lucky slots player was celebrating becoming an overnight multi-millionaire this weekend after winning €6,413,972 on the top slot Hall of Gods at Betsson …Read more

One slots player was celebrating this week after hitting a stunning €10,446 jackpot from a modest €10 bet on Gonzo’s Quest slot game at …Read more