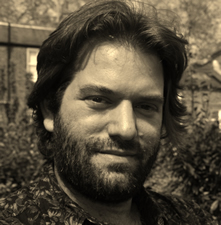 From online slots to sports betting and poker, Jon Young has been writing about all forms of gambling for over 10 years. . There are not many wagering games that Jon doesn't know something about.

Blessed with comic timing and sharp wit, Jon will make you laugh whatever the situation. His lighthearted nature often comes across in his writing, which certainly appeals to lots of our regular visitors.

He was a late starter when it comes to slots, having only been playing them regularly in the last few years. However, Jon has since become a bit of an expert in mobile slots, having acquired a Hudl tablet in 2013 and putting it through its paces on lots of popular slot games.

Jon’s true passion is poker, having previously written for WPT magazine. He is a regular player at his local pub games, where he has been known to walk out with a healthy profit.

Problem gambling and mobile phones – do they go hand in hand?

Problem gambling and mobile phones – do they go hand in hand? was last modified: November 30th, 2017 by Jon Young

The growth in TV gambling advertising is mirroring an exponential rise in mobile gaming, and in just the past few weeks it’s inspired an …Read more

Is the slots industry the latest target for the big gaming monopolies?

Is the slots industry the latest target for the big gaming monopolies? was last modified: November 21st, 2014 by Jon Young

Slots lives: The story of the ‘millionaire maker’ Megabucks slot

If you thought regular multi-million dollar jackpots were the preserve of online slots, and won by retired fishermen from Norway, you’d be wrong. One …Read more

5 Halloween slots that put the ‘treat’ into trick or treat

5 Halloween slots that put the ‘treat’ into trick or treat was last modified: July 6th, 2021 by Jon Young

As we get close to Halloween, the Season of the Witch has provided plenty of inspiration to the many slots developers out there, who …Read more

Once upon a time, the height of mobile gaming was playing Slippery Sid on a screen no bigger than a postage stamp. Today, mobile gaming …Read more