Who Wants To Be A Millionaire? slot

Free Who Wants To Be A Millionaire? slot

Who Wants To Be A Millionaire? free play demo

Who Wants To Be A Millionaire? slot review 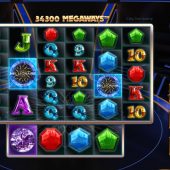 Who Wants To Be A Millionaire slot needs no theme explanation as there aren't many people who haven't ever watched this famous Endemol TV quiz show. By the way, this isn't the first slot built on this TV show, Ash Gaming have their own version. Here we have Big Time Gaming's Megaways set up as with numerous other games such as Bonanza, Extra Chilli and White Rabbit and that's without adding numerous Blueprint Gaming versions such as Diamond Mine and Buffalo Rising! The reels sit over a background imitating the darkened TV studio of the quiz set and you won't be surprised to know the soundtrack is the gentle music that featured in the show too, but otherwise the win and reel sounds are the same as the other BTG Megaways games. Who Wants To Be A Millionaire was a high-risk quiz show in its time, so will we leave with our bankroll intact or shall it be a case of "but we DON'T want to give you that..."

Symbols can appear stacked up to 7-high down to single with the exception of the game logo scatters and Wilds only appear singly on the scrolling bar underneath the centre 4 reels. When wins occur all winning tiles are removed and replaced by cascades from above. The icons and pays are the same as on Bonanza with 50x for 6-of-a-kind Diamonds, 7.5x for Red Gems, 2x for Green or Blue Gems with six card values ranging from 1.75x down to 0.8x. So how near can we get to the magic million here?

Right, Who Wants To Be A Millionaire slot is based very closely on Extra Chilli except there's no feature buy possible, but the feature gamble remains. This means that should 3 game logo scatters appear in view we are given 8 free games which are played with an increasing multiplier for every winning action. You can get 4 extra spins for 3 scatters in the scrolling bar underneath and 8 extra for 4 but it's what happens before the spins begin that's important here.

The game now selects a lifeline from 'ask the audience', '50-50 split' or 'phone a friend' but usually it's 'ask the audience'. You will have 4 choices from A, B, C and D and although the audience will heavily favour one answer with about 80% this doesn't necessarily mean they're right - you can still lose and if you gamble from the 8 spins for 10, you get nothing if you lose! As you progress up the gamble ladder the audience percentage for the favoured answer gets less and so do your chances of winning. It's very hard to get to the next safe level of 20 spins and anything beyond that will be ridiculously hard to achieve.

You can collect at any time and commence your free spins total with increasing multiplier for each separate winning action. The results aren't usually good for 8 or 10 spins either, I saw an average of around 30x bet.

Who Wants To Be A Millionaire slot is good as far as graphics and animations go because the music is less harsh then other Megaways slots such as Bonanza but really all you're playing is Extra Chilli with a different gradient on the free spins gamble. It's also annoying to lose regularly on the important 8-10 spins gamble especially when the audience offer 75% plus for one answer and unlike Extra Chilli if you lose you cannot buy another go via feature purchase, you've simply got to slog it out for an average of another 230 spins or so until the feature drops in again. The temptation of an insane 50 spins with increasing multiplier is simply a pipe dream as is the 50,000x bet winning cap although we get a good 96.24% RTP. Sorry, Chris Tarrant can put his chequebook away as I won't be applying to appear on this quiz again...

Who Wants To Be A Millionaire? screenshots 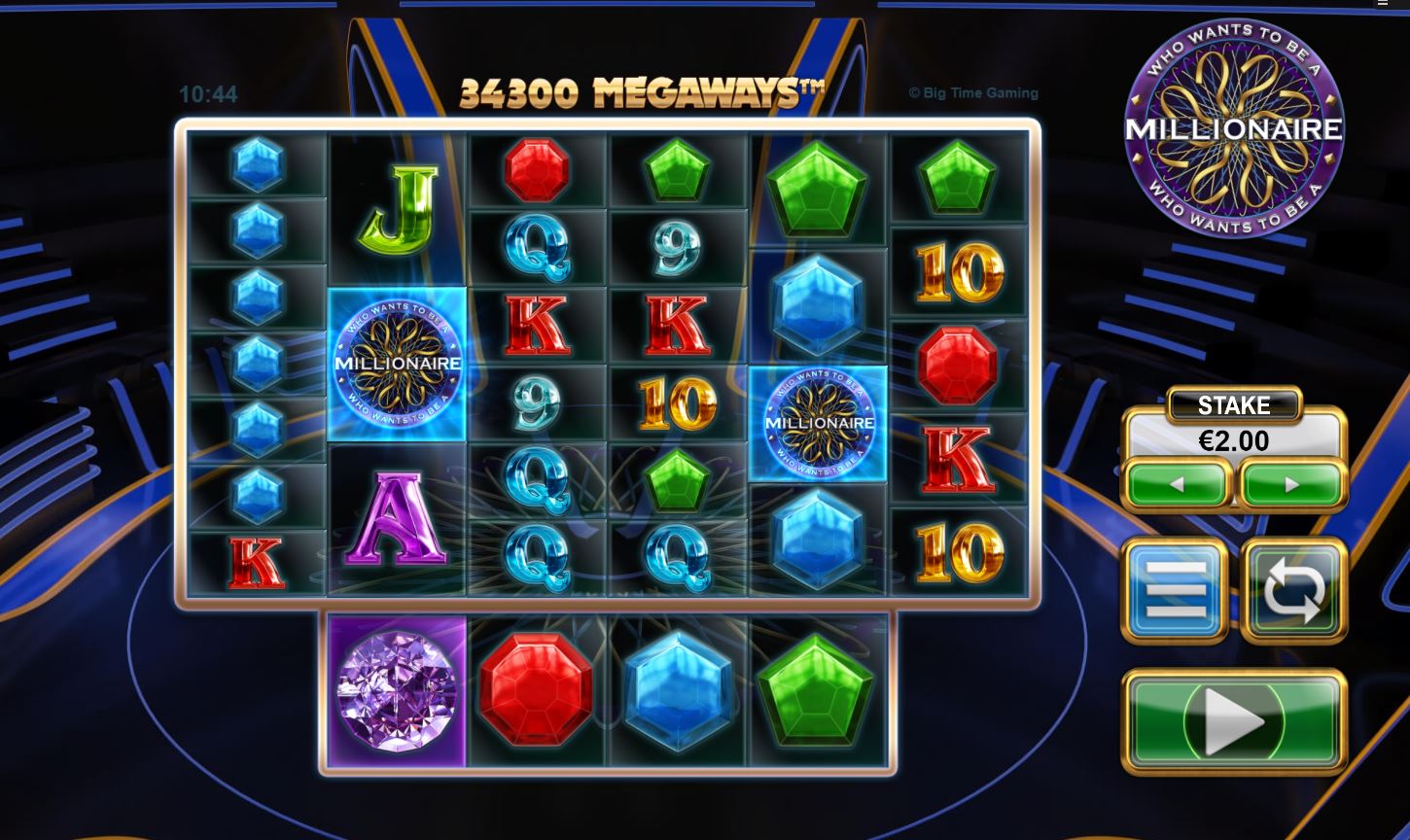 who wants to be a millionaire slot game