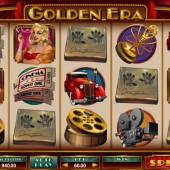 Slots developer Microgaming takes us back to the iconic age of cinema with this Golden Era slot that celebrates the birth of Hollywood cinema when talkies first hit the market and the movie industry enjoyed a massive surge of popularity.

Golden Era is a 5 reel, 15 payline slot with symbols on the reels that represent the great imagery of cinema including tickets, Walk of Fame hand prints, a golden trophy, a camera, film reel, luxury car, actors, actresses, and a member of the press.

Look Out for the Wilds!

The Golden Era logo represents the Wild and it substitutes for all other symbols, except for the Scatters, to complete potential winning combinations that might appear across the reels on any given spin.

The free spins bonus round will see you awarded with 12 free spins to begin with. Interestingly, this comes with an Embracing Wilds feature. This is where reels 1 and 5 are entirely Wild to start with on the first spin. Then, on the second spin reels 2 and 4 become completely Wild. On the third spin, the two reels that are Wild meet to embrace on the middle reel. What happens when they embrace I hear you ask? Well, when the Wild reels are separate you only have a 1x multiplier but when they embrace on the middle reel you will have a 2x multiplier added to any wins during the free spins. This sequence will repeat until the end of the free spins.

The Double Feature Bonus starts with you being taken to a second screen. Ten classic movie posters are displayed across a cinema wall and you must then go through these posters, picking them one-by-one, to reveal cash prizes until you reveal a red flower symbol that will bring the feature to an end. A 2x multiplier is added to any wins achieved during this feature.

Golden Era will be a slot that fans of Cryptologic's cinema-themed Silent Screen will immediately be drawn to. It has that theme based on the classic time of Hollywood cinema and will have you citing lyrics from “Singin' In The Rain” no doubt. The free spins and bonus feature are more creative than we've come to expect from Microgaming which is a positive. However, this slot is still quite tight and does not pay out as much as it could leaving you feeling slightly underwhelmed. It's another step in the right direction for Microgaming. 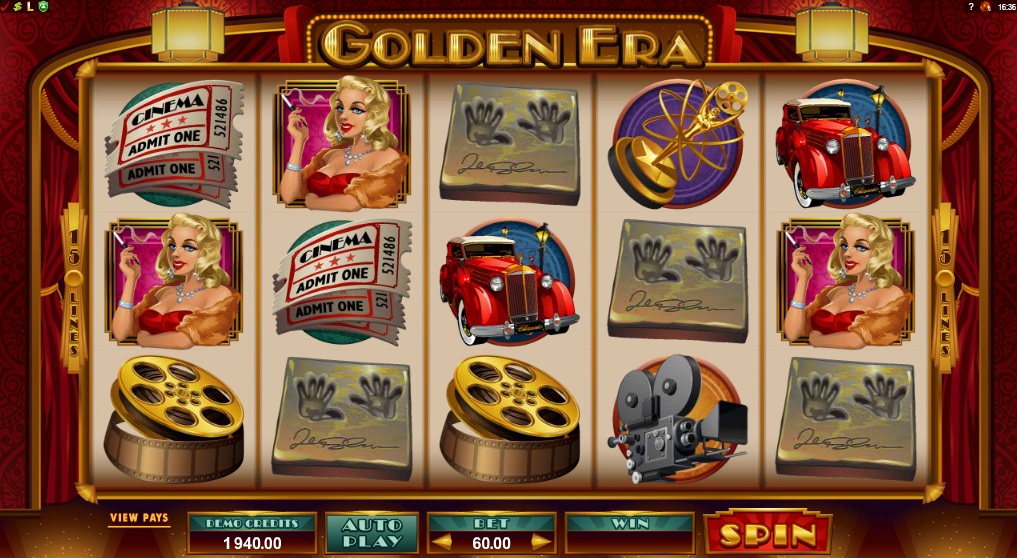