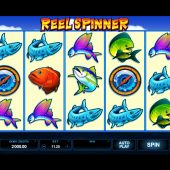 Reel Spinner has been built by gaming-juggernaut Microgaming, who brought us games such as Isis, Avalon 2 and Tarzan. This slot offers 5 reels over 15 paylines and can be enjoyed on both desktop, mobile and tablet devices. The theme is fishing, using a play on words in its name 'reel' as in a fishing reel, rather than my much preferred slot reel.

It is packed with colourful graphics, with symbols on the reels appearing as deep sea fish as well as reels and selected other icons. Look out for the swordfish scatter symbol which will activate the game’s only bonus feature.

3 scatter swordfish's anywhere on the reels will trigger the Free Spins feature – which comes in two parts. During the first stage, you choose one of the boats to reveal the number of free spins you will be rewarded. You can land yourself 20 free spins in this feature. In the second part you spin the fishing reel to unveil the multiplier which will apply to your wins, which can be up to 5x.

Further to this, Wilds are stacked in the feature to potentially release more wins. Unfortunately there is no retrigger in this feature.

I would suggest that Reel Spinner is a medium volatility game. The maximum potential win is a fairly impressive 10,000x your stake. Should you like this theme then you may enjoy some similar titles from other developers like IGT’s Lucky Larry’s Lobster Mania 2 and Novomatic’s Big Catch which are well worth playing. 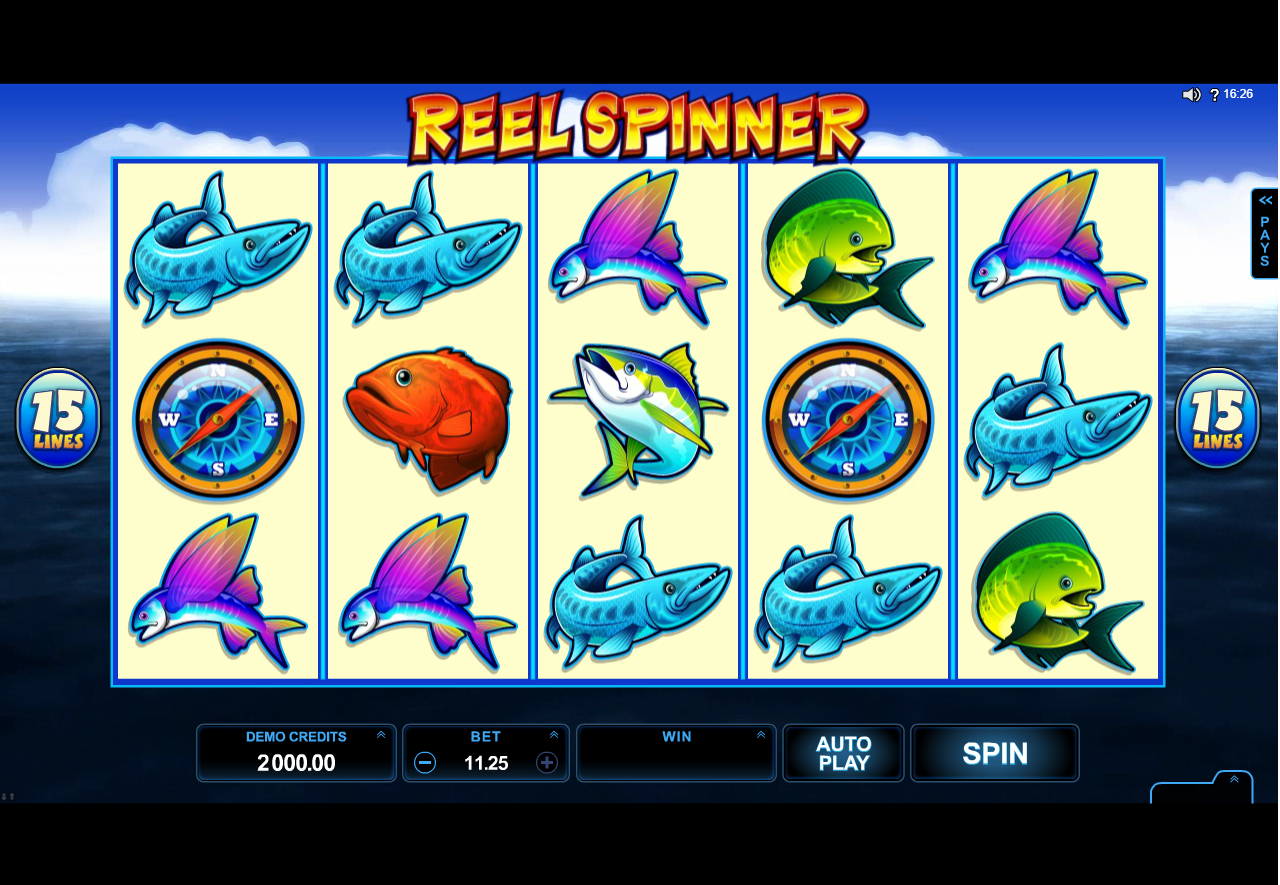