As we all know gambling is for adults. There can’t be too many people that would argue that children should be introduced to gambling as early as possible for their own benefit. So that begs the question; Why are so many new slot games designed around infantile graphics and cartoon themes that wouldn’t be out of place in the book you would read to a child at bedtime? 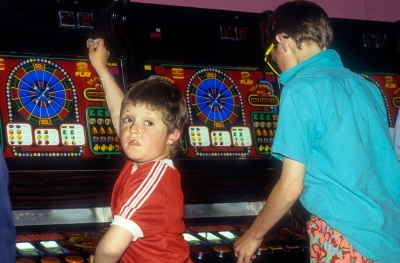 First of all I feel obliged to say I live in the UK which bizarrely allows children to play gambling machines for stakes up to 10p a spin under the guise of ‘Amusements’ in places like holiday parks and seaside arcades. Anybody familiar with these games will know that legally they require an RTP (return to player) of 70%, although they can be set from 70-88% in the case of the older machines that have been converted. Needless to say because of the lower turnover at the 5p and 10p stakes the % payout is always near the minimum. Meaning the game simply sucks money with virtually no ‘amusement’ for the user, which a large majority of are children.

These are dreadful machines and one can only hope that any child playing one will realise quite quickly that they lost their holiday pocket money and remember that fact into adulthood. Unfortunately a significant proportion of them won’t and the seeds of irresponsible gambling will therefore have been laid from a very young age – it generally only takes one decent win to cement this notion that gambling can pay.

Problems so young
It is estimated in the UK alone there are around 60,000 juveniles that have developed some form of problem gambling. This figure is also believed to be growing fast due to a deluge of gambling ads being displayed to children in their social media accounts, such as Twitter and Facebook.

The game has changed
How the younger generation gamble is also changing, with cash being replaced with ‘skins’ gained through trading, gameplay or online purchase. The introduction of e-sports has introduced an entire generation of under 18’s to gambling and staking bets on who they think will win.

Childish themes in slots
Slot games have typically avoided the criticism of appealing to children, despite their flashy lights and sounds. On the whole developers of slots have preferred to design games around themes that would be more appealing to adults. That was until recently, when the number of new slot releases with childish themes seemed to spike. 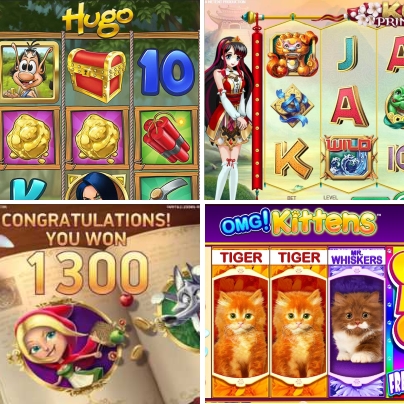 Is there a problem?
So, why the concern about juvenile themes in online slot games? Players can only sign-up and play them if they are over 18, surely? Actually no – children can go to a casino and play slots in ‘fun mode’ for free with no checks. Also, despite gambling authorities claiming figures remain low for underage gambling, minors are still finding a way to get onto gambling sites and play for real money.

Too many themes that appeal to both children and adults
Most themes probably wouldn’t be overly appealing to children, i.e. slots about Norse Gods or Egyptian Pyramids. However, when children see cartoon slots and games based around family shows like ‘the X-Factor‘ and ‘Britain’s Got Talent‘ then there is some difficulty seeing where the line is. There are some valid exceptions, like IGT’s ‘Family Guy‘ and Netent’s ‘South Park’, which are adult cartoons, but to date more and more new games are themed on shows that appeal to kids. You wouldn’t see an Alcopop product with Bugs Bunny on the label, or a cigarette packet with Tom & Jerry featuring on the front – so how do slots get away with it!

There must also be the consideration of children seeing the games on your PC or mobile. I wouldn’t personally gamble in front of my children, it’s something I usually do if I get some spare time late at night. Inquisitive by nature, should they glance at screen of Pyramids and Sphinx it would unlikely catch their attention, but a cartoon they are familiar with??

What can be done? 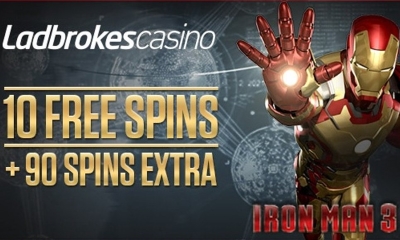 Fortunately the regulated industry is quick to crack down on offensive gambling advertising or that which can be seen to encourage irresponsible gambling. There was a Paddy Power promotion based on the outcome of the Oscar Pistorius case in South Africa during 2014 which involved a woman being killed. Quite rightly this was lambasted and pulled. Another ad for Ladbrokes Casino was banned by the ASA (Advertising Standards Authority) as the advert had received complaints about it possibly being appealing to children. Despite this latter case seeming fairly obvious there is little controlling slot game developers releasing games that would be considered immature and appealing to children.

I suspect many of those reading this know who to complain to about adverts, and would complain if they felt strongly enough – but the games themselves? These are nothing to do with the ASA especially if not actually featuring in any advertising. The software providers must be licensed in your country in order to provide them and therefore the only avenue of complaint seems to be your Licensing Authority eg. the UKGC. I am not aware of any complaints yet via this method, but with recent slots surely it’s only a matter of time?

We would love to hear what readers feel about this, please leave a comment about your own thoughts or experiences.