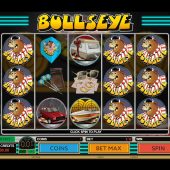 Bullseye is a slot game specifically targeted at British betters who grew up in the 80's. During such time there were a very limited number of channels on the TV and Bullseye was about the best option on a Saturday afternoon once all the football had finished. The show used to attract millions of viewers with its theme of darts in a game show format. Microgaming have now taken the popularity of that show, which was hosted by Jim Bowen, and turned it into a 5 reel slot, offering 243 ways to win, all for your entertainment.

During the base game you can activate the bonus Bully Game Board round, which appears in a separate screen. You can win up to 1,000 coins as you automatically (no skill needed) throw darts into the board to reveal winning prizes.

The free spins are triggered by landing the free spins symbol on reels 1, 3 and 5 during the same spiin. This will give you 15 free spins, with a 2x multiplier applied. These can be retriggered again during the feature for extra wins.

Our View...
Bullseye slot joins the ranks of other ubiquitous Microgaming 243 way titles, in that it is completely forgettable. There are a handful of 243 way slots from Microgaming that are decent, such as Battlestar Galactica and Avalon 2, but the rest are fairly mediocre and unfortunately this game show-themed slot joins the not so good ranks. The RTP for Bullseye slot is 96.63% and it would be considered medium volatility. Should you like game show slots then you should check out Who Want's to Be A Millionaire from BTG or Jeopardy from IGT. 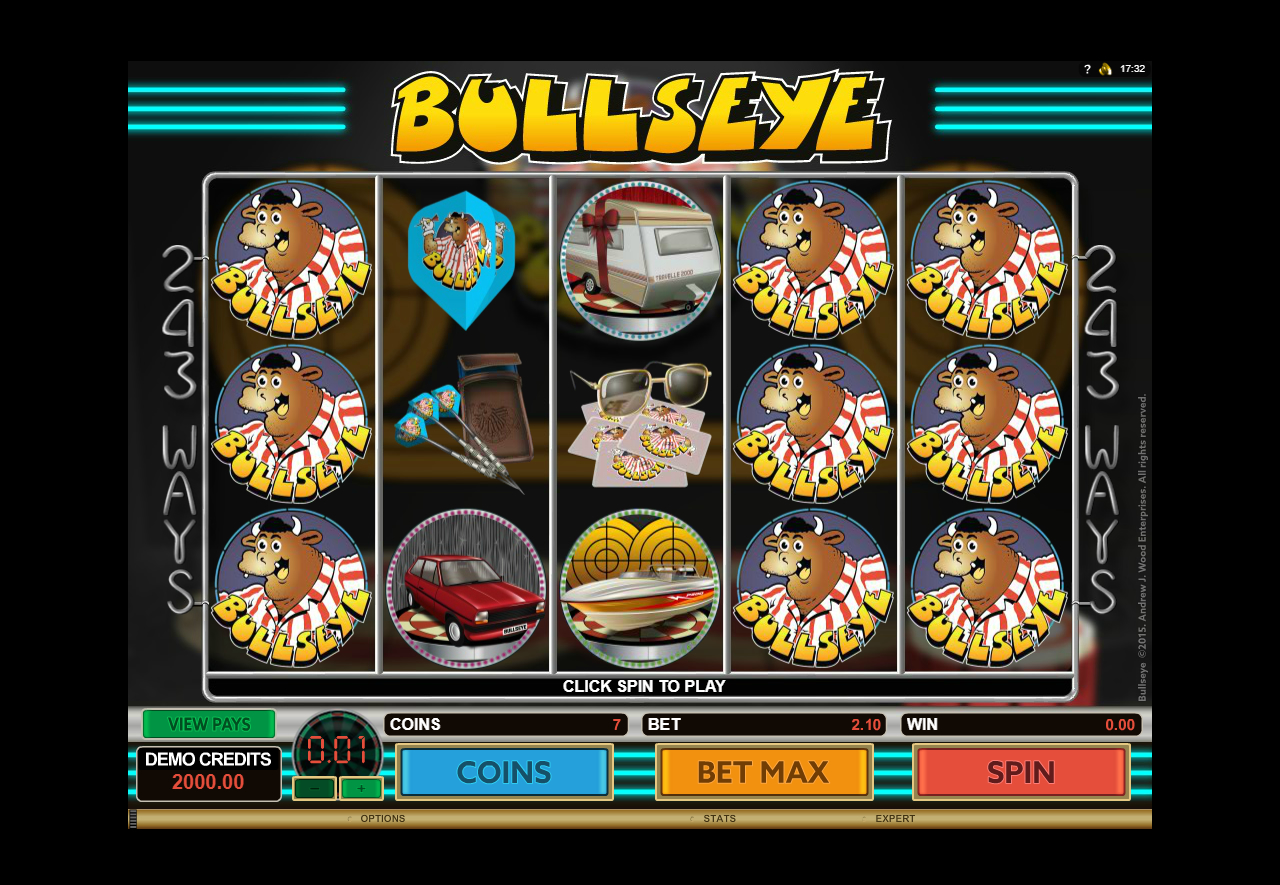