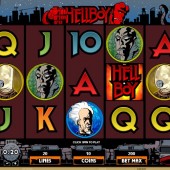 Fans of slots based on indestructible superheroes have been spoiled over the years, with a slew of Wolverine-themed and X-Men-themed slots from those battling superpowers of online slots, Microgaming and Playtech.

And while Cryptologic’s DC-Comics inspired slots like the amorous Wonder Woman and the iconic Superman slot ploughed the original source material for inspiration, so slot developer Microgaming have taken Hellboy – the 90s comic book about a demon living in New York City helping save the world from monsters – and turned it into a video slot.

Fans of the Ron Perlman-starring films will be disappointed, however – this game focuses solely on the original graphic novel. Not that that’s a bad thing, of course – the original source material was a great-looking piece of trash. Anyway, enough geek jerking off - on to the slot itself.

Hellboy is a 5 reel, 20 pay-line slot with some typically all-inclusive betting from Microgaming starting at $0.01. If you know the books or films, you’ll know that ancient demons play a big part in the story, and one of them (looking like a massive squid) surrounds the reels looking pretty menacing. The stylish background evokes an alternate New York and adds to the overall spooky atmosphere. On the reels we get Hellboy himself, his aquatic pal, Abe, and other characters from the books like Liz, Krauss the German agent, his ‘Dad’, Professor Bruttenholm, and his massive ‘right hand of doom’. The reels are completed by 10-through-Ace symbols in a Hellboy-style font.

The Hellboy logo is Wild and substitutes for all symbols other than the Bonus and Scatter. All wins are doubled with the Wild. Look out for Red’s Right Hand, as three anywhere triggers the Underworld Bonus. Here you’ll get to choose from five tunnels – choose correctly and you’ll progress to the next level, continuing on until you either hit a ‘Blocked’ message (ending your turn and sending you back to the base game) or you get to the final Chamber of Fire. If you find the ancient relic in the last room you’ll win a big bonus prize.

If that bonus has whetted your appetite, there’s one more feature to be triggered. Luckily, for the Supermode, you don’t have to do a thing as it’s randomly triggered. When it activates you’ll receive 10 free spins with a maximum of three Sticky Wilds. If any more Wilds appear during the spins they will also stay in place. Hit enough Wilds and you could end the free spins with some mega wins.

While Hellboy takes a slightly different tack to the usual superhero slots you find online, it’s a reasonable addition to the slew of hero slots doing the rounds. The problem with Hellboy is that developers really go hell for leather (pardon the pun) when releasing online superhero slots, and they will often feature many bonus features. Hellboy has just the two – ok, one and a half – so if you want more bang for your hero buck, consider one of the other caped hero slots I mentioned at the top of the review. 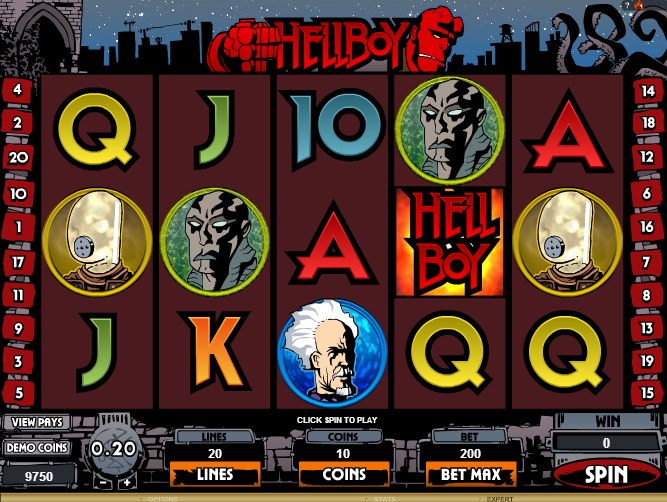