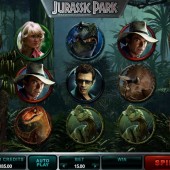 Finally, after months of waiting, slots fans can now rejoice as industry-leading developer Microgaming have released the highly-anticipated online slot of Jurassic Park. I think I need some diazepam because I'm shaking uncontrollably with excitement about playing this slot.

Jurassic Park is a 5 reel, 243 ways to win slot that is based on the iconic Steven Spielberg-directed movie from 1993 that was set in a dinosaur amusement park. The movie shattered box office records across the globe and re-ignited the public's love with dinosaurs, despite their eerie and sinister roles in the movie. You can also play this slot for as little as 30p a spin which is great news for slots players that play on a budget who can sometimes be priced out of playing new releases.

This slot will immediately strike a chord with fans of the movie. The reels are packed full of characters from the franchise including Dr Alan Grant, John Hammond, Dr Ellie Sattler, and Dr Ian Malcolm. There are also a range of dinosaur symbols on the reels including Triceratops, Velociraptors, Dilophosaurus, and the king of the dinosaurs the T-Rex. The reels are also set against the trees and bushes of Jurassic Park itself so you really feel that you are playing this game on-set.

The Wild is Key

The Wild symbol in Jurassic Park is represented by the Jurassic Park logo. It can act as a substitution for all other symbols, except for the Scatters, to complete winning combinations. This symbol plays a key role on this slot.

Earn up to 35 Extra Wilds with the T-Rex Alert

The main feature to keep an eye out for on this slot is the randomly triggered T-Rex Alert. To reflect the intensity and suspense of the scene in the movie when the T-Rex escapes its pen, you will see up to 35 Extra Wilds added to the reels for up to 6 free spins. This will create a fantastic opportunity for you to win some big prize pay outs.

There are five other bonus features to trigger. These can be triggered if you hit three or more of the mosquito amber jewel Scatters where at least 5 free spins will be awarded and one of the five bonus features will be activated too.

Jurassic Park has been a slot that Microgaming has teased us about for a while. Its dual summer release alongside the equally hotly-anticipated Terminator 2 has kept slots and movie fans on the edge of their seats for months but it is now out there and I have to say I am impressed.

The bonus features that can be triggered during the free spins bonus round ensure that there is plenty of scope for entertainment and you will not become bored easily. The inclusion of the randomly triggered T-Rex Alert is also a stroke of genius and will keep you biting your finger nails with every spin. Is this the best slot release of 2014 so far? I would have to say I think it is. I am a massive Jurassic Park mind but I think many slots fans will agree with me. 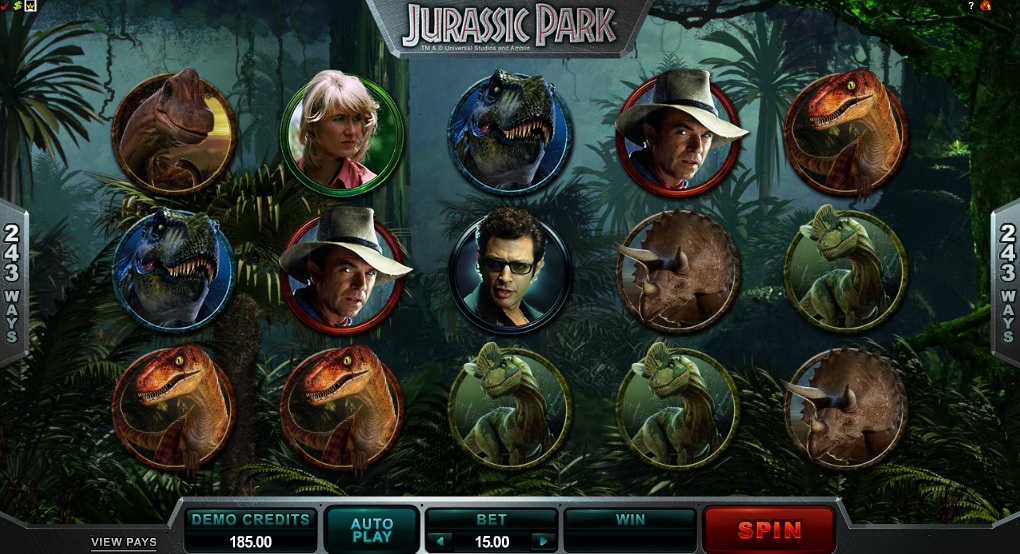