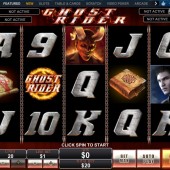 Eagerly anticipated before its 2013 release, Ghost Rider has proved a popular addition to the Playtech Marvel series, which includes X-Men and Blade, to name a few.

Based on a demonic biker writing wrongs, the original had thrills, spills and a nice Hellish theme.

Anyone who has enjoyed the Ghost Rider Marvel comic over the years and also the follow up film in 2007 featuring Nicolas Cage will appreciate the effort Playtech have made with this slot adaptation.

On the Comic Book Reels...

There's a range of Ghost Rider-centred symbols on the five reels here, like our hero, his trusty motorbike, the game logo, plus some heavy-looking chrome icons.

There are two key bonuses in the Ghost Rider slot. The first is the ‘Ghost Hunt’ bonus, which occurs when you enflame all five reels.

To do this you need to land the motorcycle symbol on the middle position on each reel at any time. It can take a while to land the last one sometimes, which can get a little frustrating.

You then get on your bike and you shoot ghosts that are flying by on the left or right to reveal a multiplier win of up to 3x for each one shot down. I haven’t really seen the wins go over 40x my bet in this round and typically you can expect 10-20x your stake. If you have played the excellent Gladiator slot then you just need to think of the Helmet bonus and you will know what to expect.

Free Spins With a 3x Multiplier

The second bonus comes in the shape of a free spins bonus. It is triggered by landing 3 or more ‘Free Games’ symbols and will reward you with 10 free spins with a 3x multiplier. During this bonus you may get expanding wilds on Reels 2, 3 or 4 that can really boost wins, similar to another Marvel slot: Elektra.

Ghost Rider looks and sounds great, but like some other recently-released big-name games (examples being Ghostbusters by IGT or Battlestar Galactica by Microgaming), it fails to quite live up to expectation for more hardcore slots players.

I would have liked to have seen just the one bonus round but with an enhanced potential for wins. Instead, you get two bonuses with maximum wins of 40x your bet. That is, unfortunately, the best you will find here. 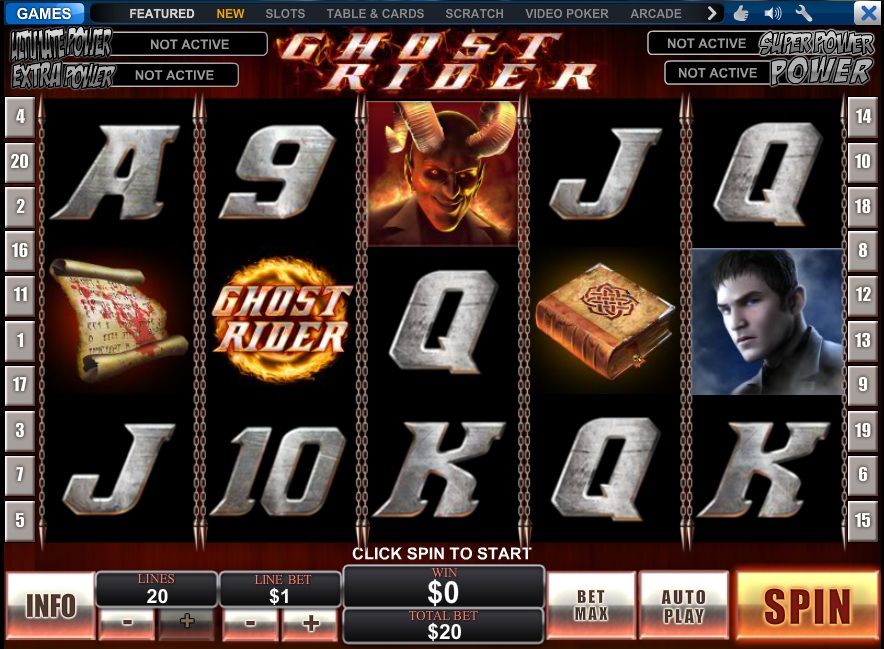