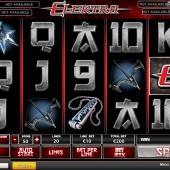 Online slot developer Playtech has since sealed a deal to release a slot game using the rights to the comic creation of Elektra and it is a game that certainly will appeal to fans of the Frank Miller Marvel Comics. Playtech has also released other Marvel slots including the vampire hunter themed Blade and the epic Iron Man slots.

Elektra is a 5-reel, 20-payline slot that includes symbols represented by icons and imagery that relate to Elektra’s antics in the Marvel Comics. Symbols in the game include a Bladed Sai, Throwing Star, Bow and Arrow, Armband and Ribbon and Elektra’s Necklace.

The Wild symbol is represented by Elektra herself and it substitutes for all other symbols except for the scatter symbols to complete winning combinations across the reels. It should be noted that the Elektra Wild symbol only appears on reels 2, 3 and 4. It does also become an Expanding Wild symbol during the free spins bonus round.

Up to 14 Free Spins With Weapons

If you hit three or more scatter symbols across the reels then you will trigger the Weapons Bonus feature. In this feature, you must choose between three of Elektra’s weapons to reveal a prize.

Elektra is also included in the Marvel Multi-Level Progressive Jackpot which can be won by any player at any time playing on one of the Playtech Marvel slot titles which could see you win a huge amount of cash.

Elektra does translate effectively into a slot game. The game play is simple but potentially rewarding and it stays true to the identity of the comic.

It will be a real treat for fans of the comic series but even those players who just want to play a few spins on an easy-to-play slot will gain some enjoyment. 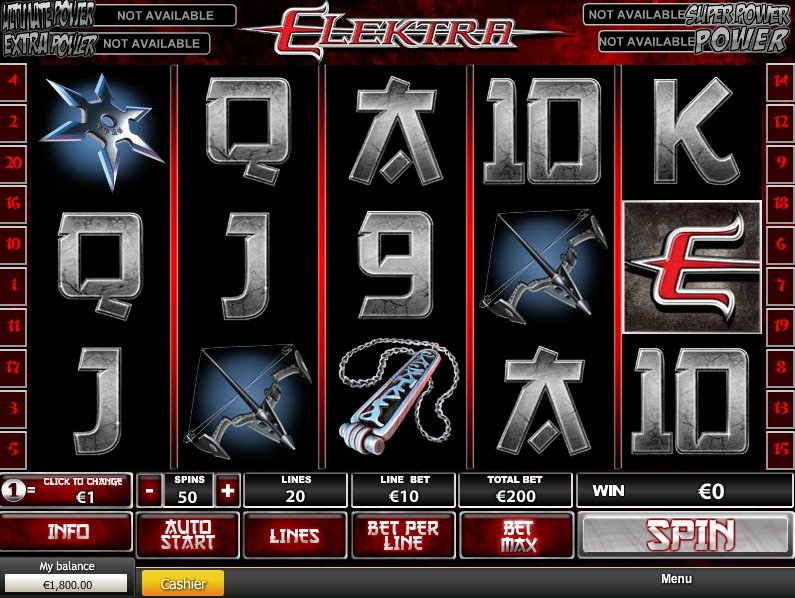