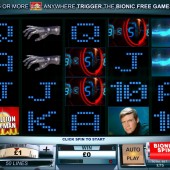 I will admit, this is one of the more surprising slot reviews that I have had to do over recent months and that is purely because it is a slot game developed by one of the slot industry’s leading names… but it is based on a US television series that was popular back in the 1970s.

Now, I am all for vintage television and nostalgia but, in my opinion, Playtech was fighting the tide before it even got stuck into developing the game play on this title because the theme is so outdated. The Six Million Dollar Man is a bionic man by the name of Steve Austin and a spin-off television series was released in the 2000s with little impact.

The game includes all the characters and imagery from the television series. The symbols include Steve Austin himself, his superior commander Oscar Goldman and a series of bionic limbs.

The free spins bonus round is the best chance for you to win big prizes and this is triggered when you hit three or more of the Six Million Dollar Man Logo scatter symbols across the reels.

You will be initially awarded 15 free spins. You can also win free spins when you hit the body part symbols. If you collect a hand, a foot and an eye from Stacked Wild symbols then you will be awarded with two additional free spins.

In fairness to Playtech, this game does include an interesting feature where 50% of any bet is added to the Bionic Spins feature. In this feature, up to five symbols can be turned Wild. It is an optional setting that you can choose to have on or off but it is certainly something I would recommend if you want to add another dimension of play to this slot.

Ultimately, the Six Million Dollar Man will not introduce you to a new world of slot gaming.

This is a Playtech release that is simply trying to offer something to fans of the original television series and make some money from doing so.

It is one of the least inspirational slots we've found in a while but if you want a more thrilling ride from a branded slot then it might be worth checking out a Marvel slot from Playtech like Iron Man 2 or the popular Gladiator slot. 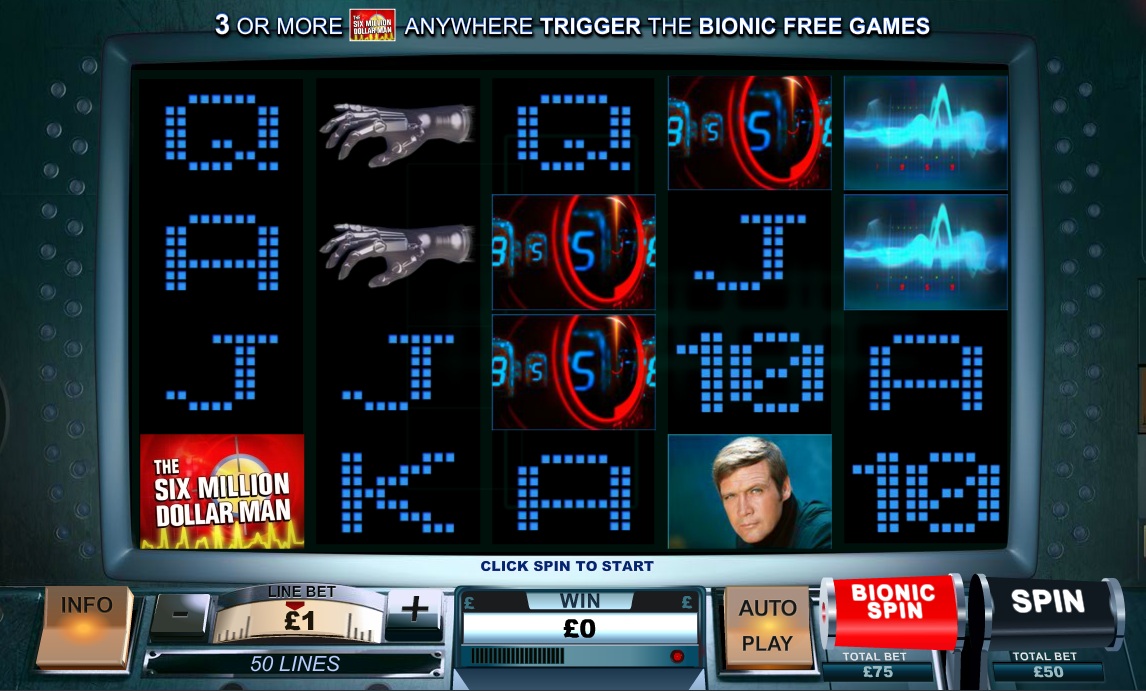