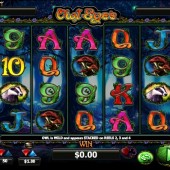 NextGen Gaming have the potential to be one of my favourite slots developers on the market. I mean they have released some awesome titles over the years such as the mesmerizing Medusa II slot and the saucy Doctor Love slot. However, now and again it releases a slot where I really do not understand why they bothered.

Owl Eyes is unfortunately one of those slots. This 5 reel, 50 pay-line slot immediately kills the enthusiasm with its name. Then you load up the game and the night time noises merged with bland graphics that suggest they've gone back to 2004 and used the development engines from that era to produce this slot really does make you wonder. There are fireflies in the background but their lack of movement makes you think that perhaps NextGen Gaming hired the drunk fireflies for this slot.

The symbols on the reels include a Badger, an Owl's Feather, Mushrooms, and some weird tree that has a creepy face carved into it. Judging by the face, it appears that NextGen Gaming also hired the drunk trees to appear on this slot. The regular 9-through-to-Ace symbols appear in a colorful tone which is one plus of this slot.

The Owl is Wild and Pays Double!

The Owl symbol acts as the Wild and has the ability to not only substitute for all other symbols, except for the Scatters, but has a 2x multiplier attached to any wins it triggers and also acts as a Stacked Wild on reels 2, 3, 4, and 5.

See the Full Moon and Earn at Least 5 Free Spins

There is also a free spins bonus feature that is triggered if you hit three or more Full Moon symbols across the reels. You will be awarded with at least 5 free spins and you will also have additional Stacked Wilds included on the reels. If you hit five Scatters to trigger the free spins you could earn up to a 100x multiplier if you hit winning combinations during the free spins.

Anyway, overall, when you look at the facts of 50 pay-lines, Stacked Wilds, and free spins with a potential 100x multiplier you really do think this could be a gem in the NextGen Gaming portfolio. However, I feel slightly sold down the river. The pay-lines are pointless because the wins are so scarce, the Stacked Wilds are only on four of the five reels so you're technically playing a 4 reel slot and the free spins are rarely triggered so to hit five Scatters to activate the 100x multiplier is near impossible. NextGen Gaming, what is this?! I thought we were friends?! 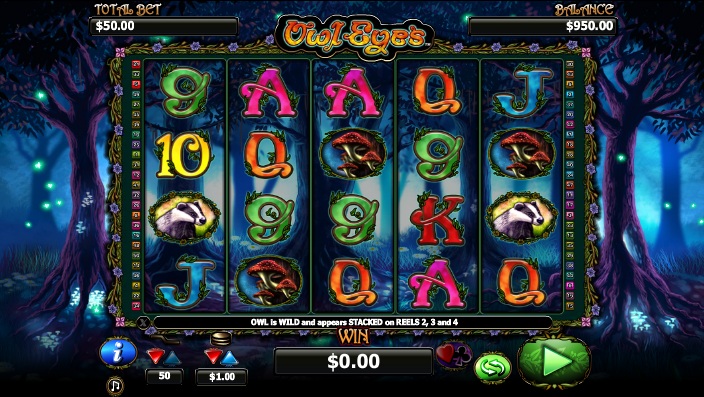