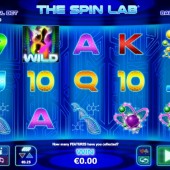 Science is not the first thing that comes to your head when you are thinking about the most popular themed slots on the market. In fact, as someone who struggled with science in school (my one teacher even said I'd probably get a higher mark in chemistry if I just didn't turn up!), the sheer mention of the word science has me trembling to the core.

So it is intriguing to see that one of my favourite slots developers NextGen Gaming have released this 5 reel, 25 payline title called The Spin Lab. The last time I played a science-related slot game it was NextGen's very own Potion Commotion and that didn't end very well... for me or the slot!

There are all kinds of scientific symbols on the reels for players to witness including a DNA icon, cube icon, atom icon, molecule icon, and the regular 9-through-to-Ace symbols all set against the back drop of a futuristic science laboratory.

Science Can Be Wild

The Wild symbol is represented by the multi-coloured chemical reaction icon and it can substitute for all other symbols, except for the Scatters, to complete any potential winning combinations that appear across the reels on a single spin.

The Scatters are present in the form of a glittering orb. If you hit three or more of these symbols on the reels on a spin you will trigger the Spin Lab Bonus. You are then given the chance to choose three features that construct your own bonus feature. You will have 5 free spins given to you when this is triggered.

The third and final choice of bonus features, depicted by the green icons, involve the All Wins Multiplier, Pays Both Ways, and Extra 5 Free Games features. Once again, fairly self explanatory with all wins receiving a 2x multiplier, wins paying both ways, and you being given the chance to earn 5 extra free spins.

The Spin Lab is a very complex slot on the bonus features front for novice players so it is certain to only draw in the veteran slots players. However, I'm not really sure it has enough depth to keep them coming back for more. I found the payouts very hard to hit and even when I did they were not brilliant. I have played some NextGen slots such as the Greek mythology-themed Medusa and the hilarious Foxin' Wins that have made me a huge NextGen advocate. Unfortunately, The Spin Lab fails to hit the heights of those slots. It might pick up a cult following due to the innovative bonus features set up but it's lost me I'm afraid. A nice idea in theory but just does not work in practice. 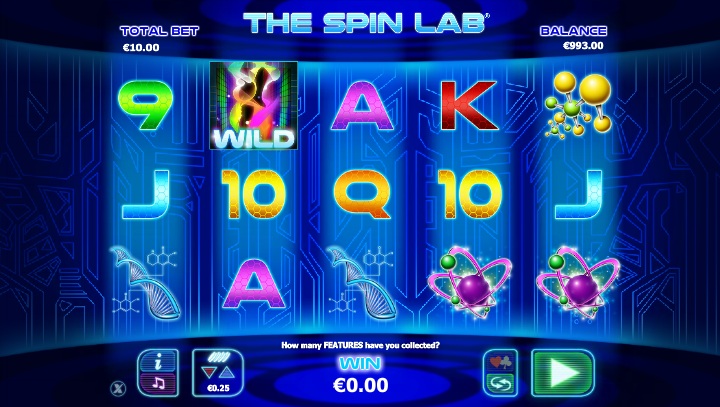