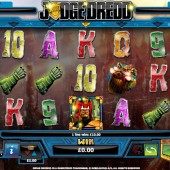 Superhero slots are no strangers to the gaming industry. In fact, some of the most popular slots around are superhero-themed slots. You only need to take a look at Playtech's beast of a slot in the form of The Avengers and Cryptologic's release of a The Flash – Velocity slot to see just how highly regarded superhero slots are.

However, now it is the turn of creative developer NextGen Gaming to have their chance at making a superhero-themed slot and their debut effort comes in the form of this Judge Dredd slot that is certain to make waves amongst superhero and comic book fans the world over.

Judge Dredd is a 5 reel, 25 payline slot and fans of the comic book superhero will know exactly what to expect with this slot staying very true to its origins. The reels are set against a backdrop of the futuristic Mega-City One, as depicted in the 2000AD comics. Symbols on the reels include Dredd's glove, his gun, his motorbike, his arch-nemesis and the regular 9-through-to-Ace icons.

"I am the Law... and I am Wild!"
The lawmaker from the post-Apocalyptic era appears himself on the reels as the Wild. He substitutes for all other symbols, except for the Scatters, to complete winning combinations so his importance is immediately understandable.

Win up to 10 Free Spins with a 2x Multiplier

Watch Out for the Random Shooting Judge!

This slot also comes with a cool little Judge Dredd Random Bonus. As you can tell by the name, it is randomly triggered and this will come into play at the end of any spin when Judge Dredd will randomly pop up and start shooting up the reels to reveal cash prizes.

Choose Your Wilds with Superbet

Judge Dredd is a slot that was inevitably going to hit the market sooner or later. As one of the most iconic comic book superheroes the material is there for a developer to release it as a slot. NextGen Gaming stepped up and, in my opinion, they've done a great job. Adding the Superbet Feature was a stroke of genius to ensure a slot that could have been an average 6/10 rating took a step to the next level. If you're a Dredd fan then you need to stop what you're doing and get on this now. If you're not, you will lose nothing by giving this a try. 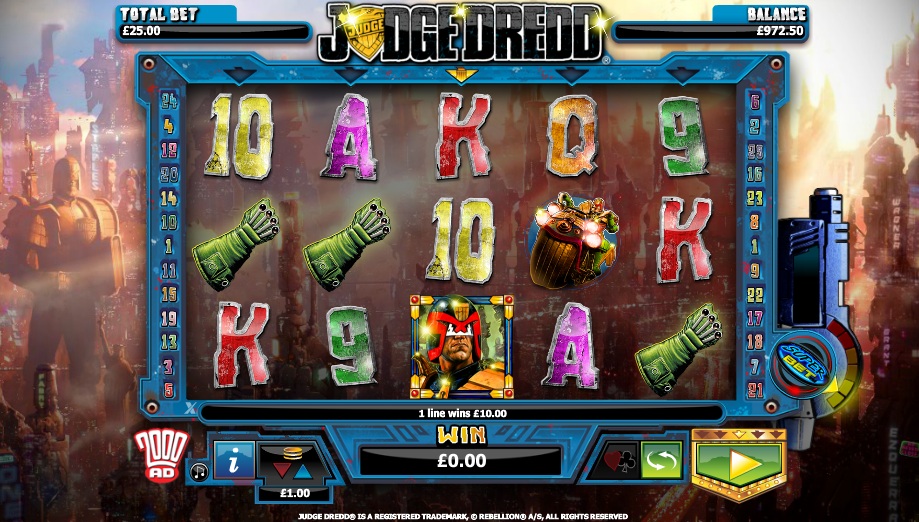